Let me be your Budapest tour guide part 1: The Hungarian Parliament area

by Edina Karina
in Travel

Hello Guys! Im happy you are back to my blog:-)

Today’s topic is about tourism, sightseeing and travel focusing on Budapest, mixed with some fashion, just to stay loyal to myself and to you all:-)

So what you probably didn’t know about me is that I have graduated from a school where I have studied Tourism an Hospitality Management. I also learned everything about  Hungary’s geography, culture-tradition-folklore-sights and monuments of each region, our tourism and became a licensed tour guide in Budapest. My life have had my curves, -still has 😉- I was lead to many different paths and I have lived and worked in different countries, but my love to tourism, tourists -and being a tourist- and hotels have stayed and will always stay in my heart.
Originally born in Hungary, and based in Budapest is a beautiful combo. Life is relatively easy here, way cheaper than other european countries, the level of education is strong, public transportation is not complicated, food is tasty and fat, social-and nightlife is developed and unique, the city is safe and extraordinary beautiful.

This post is focusing on the most prominent building of Budapest – the Parliament. I will give you some tips, how to connect your 45 min visit with the surrounding area and spend your time useful. I will also share the basic information you need to know about this majestic building, and beyond that some super interesting facts that most people wouldn’t know not even Hungarians. 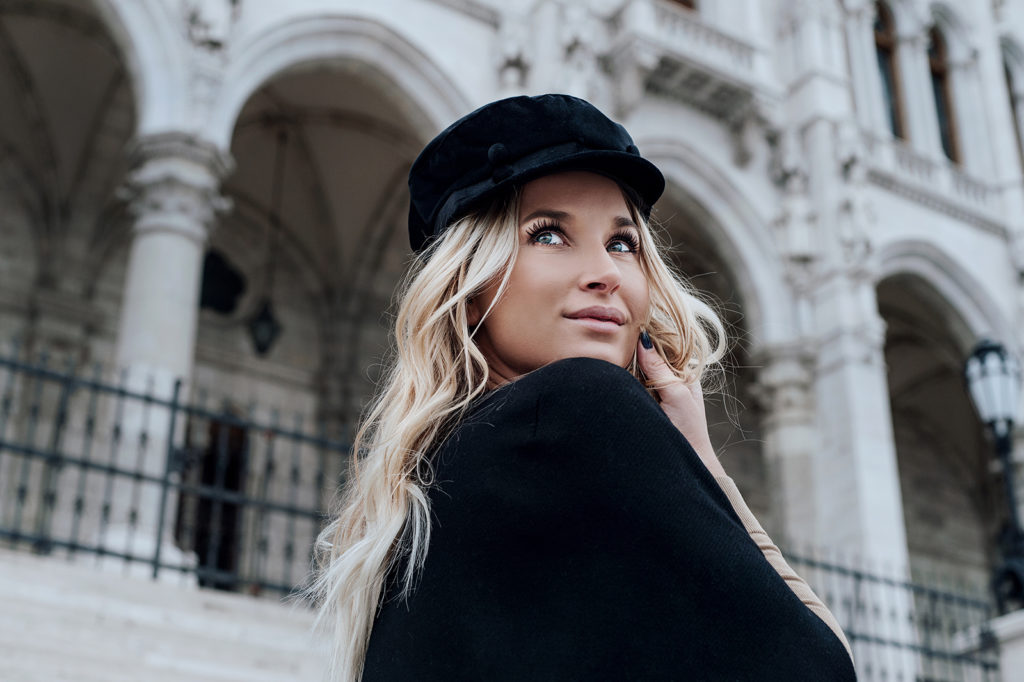 -Before I share with you information, I must let you know that I am only concentrating on the positive datas of the 19th century, but unfortunately Hungarian history was most of the time revolutionary, heartbreaking, and disappointing. Meaning: ruled by different other nations (of each have left their marks on our beautiful city e.g. all the turkish baths, but also a lot of treasures were destroyed, magnificent churches were whitewashed and turned into stables), treaties that left our country cut into pieces, badly chosen allies, tragical outcomes of the World Wars etc.- 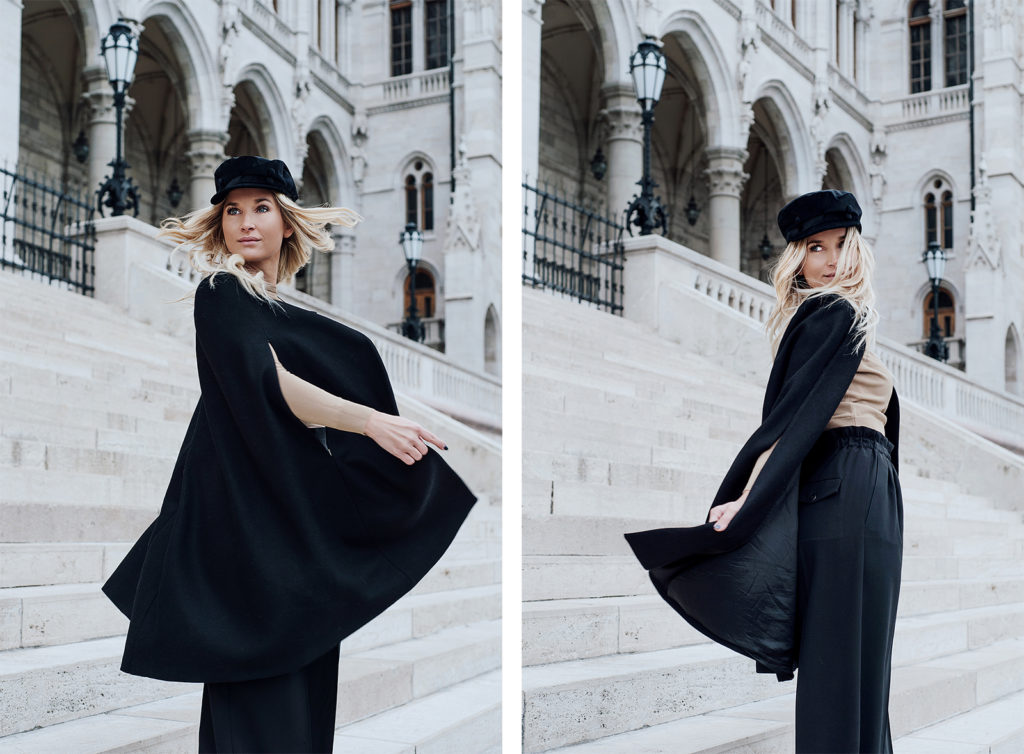 Starting with the most influencing data of Hungary, the conquest (“land-taking”) of the Hungarian territory in the Carpathian Basin took place in 896.  The city itself officially was created in 1873 where the three parts: Pest, Buda, Óbuda were united.
As commemoration of the thousand year anniversary of the Hungarian conquest 1896 was the most celebrated year in the history of Budapest and the city went under massive construction and development. Most of the prominent monuments,  museums, memorials, market halls, churches, statues were built to this millennial year.
(Some of them haven’t finished accurately. But HEY! Nothing have changed! Building the metro line 4 with only 7.3 km length -10 stations- took net 8 years!!!! 2006-2014)

Below I list you some of the above mentioned monuments and sites:

The Hungarian Parliament (inaugurated in 1896)

Now that I have emphasized the importance of 1896 you can understand why Hungarians tend to refer to this year as the era of industrial revolution when Budapest became a modern metropolis.

The construction of the Parliament started in 1885, inaugurated in 1986, “finished” in 1902. There is still an ongoing renovation and it feels like it will never really be finished. ( Reminds me to the Sagrada Familia situation :-).
What we Hungarians all must admit (we tend to never admit or agree with each other 🙂 is that the reconstruction of the surrounding area of the building became really decent (handed over in 2017).


In an international competition Imre Steindl’s plan won, and the tender was originally written as the building needed to face the Danube river. (to illustrate a “floating look”) 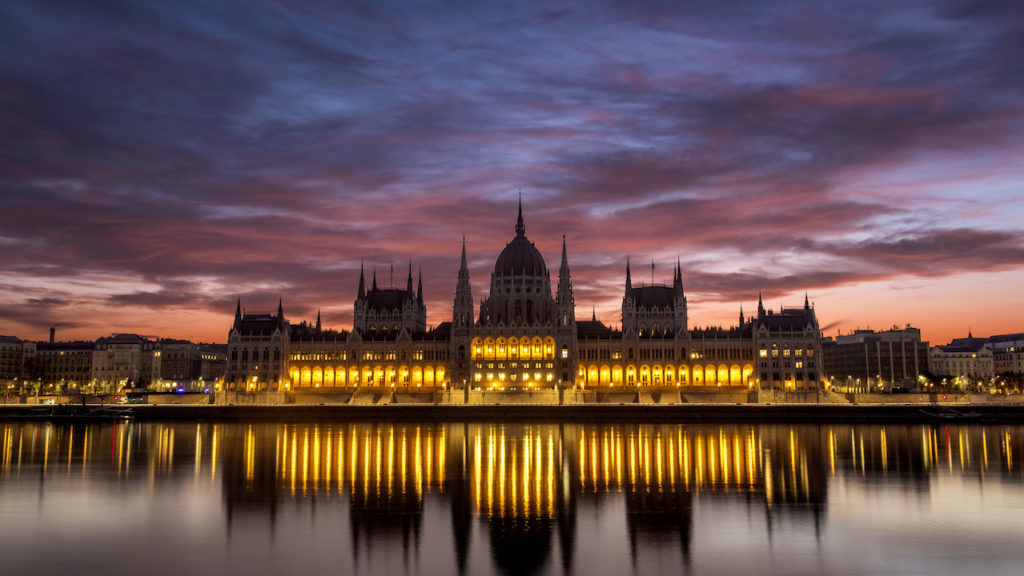 The building is a fascinating example of Neo-Gothic architecture also displaying Renaissance and Baroque characters.
The Hungarian Parliament is the third largest parliament building of the World.
Click here to see the video illustrating how this masterpiece was built.

Let’s get deeper into the interesting facts of the building:

•During the Austro-Hungarian Dual Monarchy the Emperor of Austria was also crowned as the King of Hungary. Hungary was offered virtual independence and as one result of the compromise Hungarians were allowed to build their own Parliament and “practice self-rule”.

•On the wall facing the Danube every former ruler of the Hungarian Kingdom, leader of Transylvania and prominent military figures are sculpted in stone.

•The building has 691 rooms, 20 kilometers and a height of 96m. Same height as the Saint Steven Basilica. The height of 96 meters are also symbolic referrals to the year of the conquest: 896. During the Soviet era a 4 meter tall red star were put on top of these buildings that were later removed.

•In regard of the magnificent interior of the building 40 kgs of 24 karat gold foil was used for decoration.

•It’s own library has the greatest collection of different parliamentary documents. Counts more than a million in volume.

•The architect went blind before the completion of the building.

•8 out of the world’s 12 giant Swedish granite decorate the grand staircase, that were given as gift from the Swedish King to the State of Hungary. These outstanding deep red columns are 4 tons each. Guess where are the other 4?! In the Palace of Westminster, London. ♥

•The crown jewels (Holy Crown of our first king Saint Steven) are held here together with the royal insignia inside the Parliament.

•From the side of the Danube you can see the lower and upper house emerging on both sides of the dome symbolizing the bicameral parliament that was in operation in the time of the construction.

3 HOUR SIGHTSEEING IN THE AREA, ‘AKA’ WHAT TO SEE, WHAT TO EAT AND WHERE!

The tour in the Parliament takes 45 minutes and I recommend you to reserve online here.
Give yourself another 20 minutes to walk around, get lost in the view from both the city and the Danube side and to take good pictures. If you have calculated a reasonable 3 hour for visiting the Parliament area you will have enough time to take a look at the surroundings and have a GOOD coffee with a NICE strudel or lunch.

Based on importance of principles and necessities lets start with coffee.
Below I attach the route, it is only 800 meters, and you walk through the beautiful Szabadság Tér (green park) hosting the American Embassy and the building of the old headquarter of the Hungarian Television. I am certainly sure that Espresso Embassy serves one of the best coffee in town.
How to get there:

Stop yourself and do not eat the bakery placed beautifully on the counter there (however their cardamon roll is really delicious) because just a few steps away you can taste Hungary’s most traditional strudel at the Első Pesti Rétesház.
If you are not as sweet-toothed like me don’t worry! They have a selection of salty strudels as well tasty like hell! Trust me! You don’t want to miss tasting their strudel. Eat on spot while warm! You can have it takeaway and eat it while walking. You can thank me later 😍

How to get there:

To crown 👑 your 3 hour eventful trip lets just walk another 350 meters and have a breathtaking view of the Saint Steven Basilica. I have linked you here the wikipedia site, and I highly recommend you to read it before you enter the building.

If you want to have the best view of town you are on the right place of the Pest side. In my upcoming blogpost I will tell you where to have the best view from the Buda side:-).
I recommend you to either go up to the top of the Basilica, OR visit the nearby hotel: Aria Hotel Budapest by Library Hotel Collection and check their skybar called High Note Skybar! I advise you to go in the afternoon around 6-7 PM to watch the sunset with a glass of wine and snack. Their food is so-so!

This area is packed with restaurants and ice cream shops so quite likely you will want to come back to have a dinner or lunch the other day therefore find my USEFUL advices where to eat and what to taste:-)

FOR LUNCH AND DINNER:

If you want to cut cost try these:

The best ice cream in town (in my opinion) is actually a chain. It is called Fragola, and there are couple of them in the city. Linked you can find the addresses.
From the Saint Steven Basilica there is two nearby: Nagymező utca 7. and Károly körút 3/A. If you want something special you don’t leave Budapest without trying it!
Try: Nutella, Piemont Peanut, Sicilian Pistachio, Poppyseed, etc.

WHERE TO CHANGE MONEY:

You will find a couple of changes in the area, but give yourself a favor and walk 5 minutes extra to Hanifa Change, where you will not be charged unreasonable commission, and get the best exchange rates!
Address: Nádor utca 34. 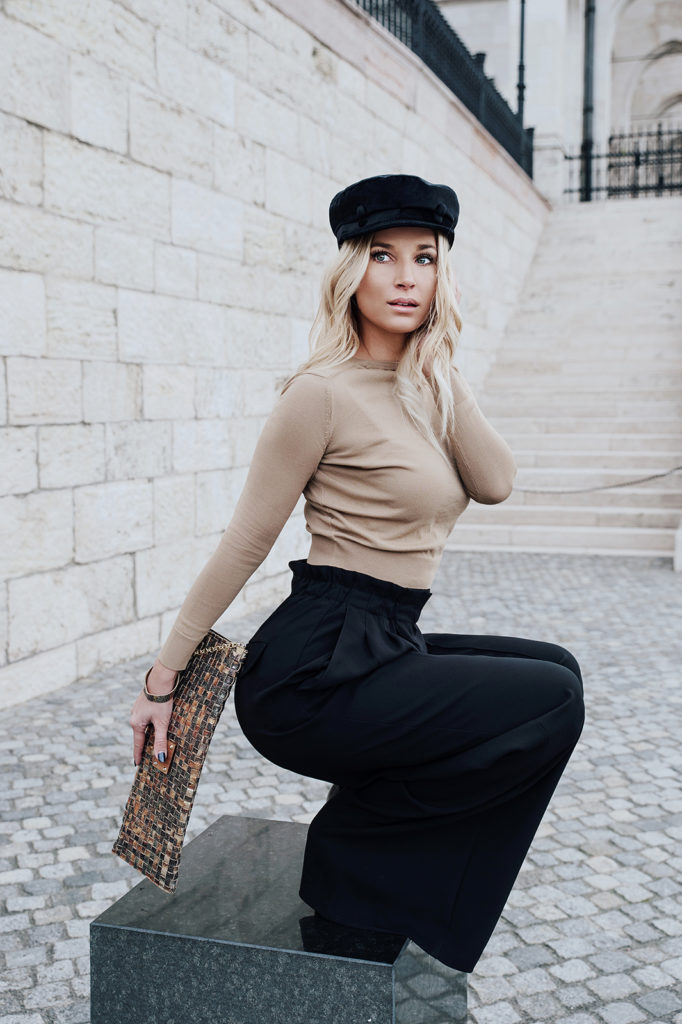 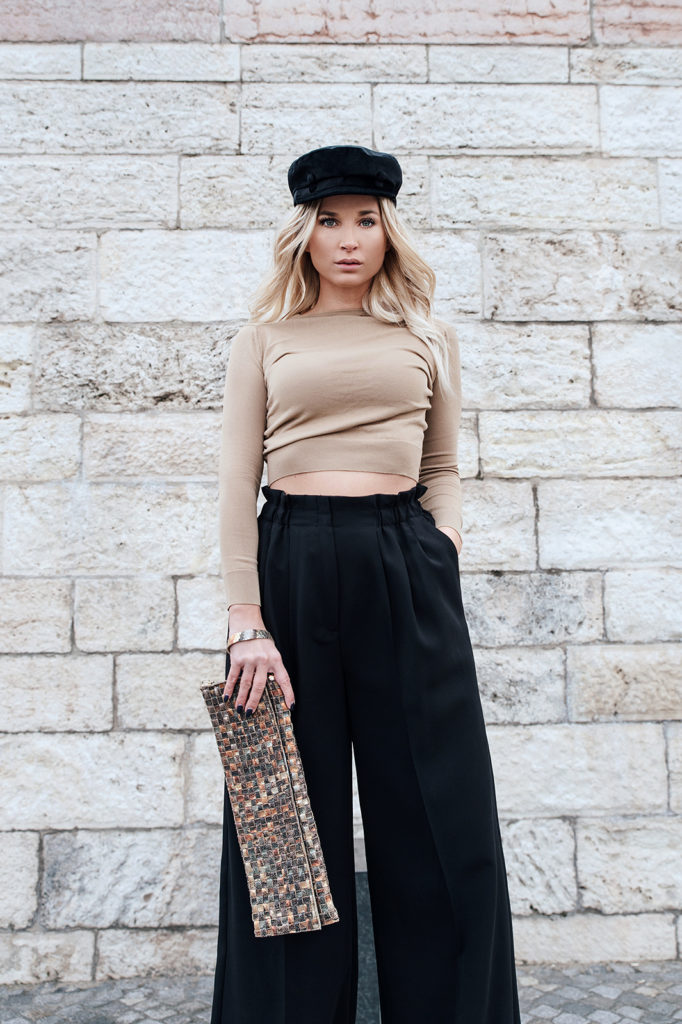 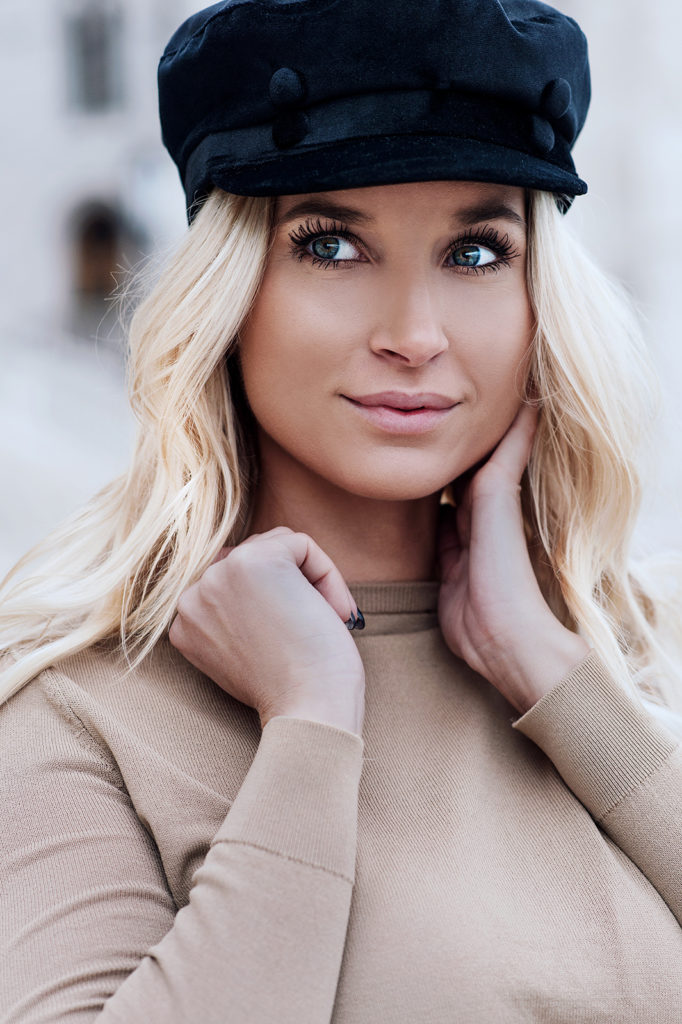 Came across @bylundemo page and fell in love with

Abu Dhabi’s Presidential Palace is a must when y